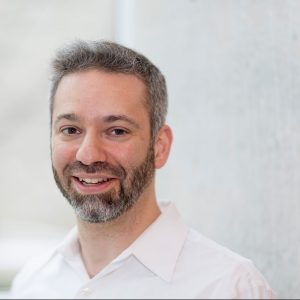 Known for his innovative blend of performance, teaching and research, Dr. Michael Schutz is Professor of Music Cognition/Percussion at McMaster University, where he is currently University Scholar in recognition of his work connecting music performance and music perception.  He is the founding director of the MAPLE Lab and a core member of the McMaster Institute for Music and the Mind.  Dr. Schutz’s research is supported by grants from Canadian agencies such as the Canadian Foundation for Innovation (CFI), Natural Sciences and Engineering Research Council (NSERC), Social Sciences and Humanities Research Council ofCanada (SSHRC), and Ontario’s Early Researcher Award (ERA), as well as international agencies such as the National Institutes of Health (NIH) and the American Academy of Audiology. He has been featured on both television and radio broadcasts including On The Nature of Things, Quirks & Quarks, and Ontario Today with Rita Celli.  His findings receive attention in print media, and now appears in multiple textbooks including Psychology of Music (Tan, Pfordresher, & Harre, 2010, Psychology Press), Cognitive Psychology (Robinson-Riegler & Robinson-Riegler, Pearson-3rd edition), and The Psychology of Music in Multimedia (Tan et al., 2013, Oxford University Press). Michael is active in the Percussive Arts Society (PAS) and the Society for Music Perception and Cognition (SMPC), and served as Chair of the Programming Committee for SMPC 2013 (Toronto).  He also served as SMPC Secretary 2019-2021. 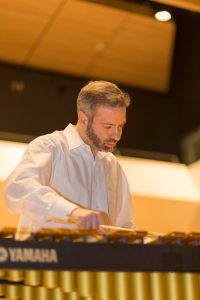 Much of Dr. Schutz’s research is informed by his background as a professional musician and music educator.  After completing his masters degree in Percussion at Northwestern University he was appointed Director of Percussion Studies at Longwood University in Virginia.  During this time he developed the percussion studio, directed the percussion ensemble, and taught the department’s first seminar on music cognition. Additionally, he was an active freelancer, performing regularly with the Roanoke Symphony, Opera on the James, Virginia Consort, Lynchburg Symphony, Oratorio Society of Virginia, Shenandoah Symphony, and the Ash Lawn Opera among others. Michael is also a frequent clinician at music festivals including multiple “Days of Percussion” (Ontario, Maryland, Virginia, DC, Pennsylvania), Project:Percussion, the MegaHZ Festival, Night of Percussion, and Digitalis. He has given two invited performances at the Percussive Arts Society International Convention (PASIC)  – both as a chamber musician (Austin-2006) as well as a soloist (Indianapolis-2009). Michael completed two terms as Chair of the Percussive Arts Society’s Music Technology Committee (2007-2013), and is an artist/clinician for Sabian Cymbals as well as Innovative Percussion.  His premier of Judith Shatin’s Time to Burn was featured as the title track on her 2014 album from Innova Recordings, and he continues to serve on the music faculty at the Honors Music Institute in Pennsylvania where he teaches applied percussion and directs the percussion ensemble.

A popular speaker, his invited lectures include talks at Stanford University, Michigan State University, University of California, Indiana University, Vanderbilt University, Western University of Ontario, Dalhousie University, McGill University, University of Montréal, University of Rochester, University of Minnesota, Northwestern University/Rehabilitation Institute of Chicago, University of British Columbia, University of Buffalo, University of Toronto, Indiana University Medical Center, LOVE (Lake Ontario Visionary Establishment) Conference, and the University of Arizona, among others.  He has been invited to give three talks on his research at the international percussion convention – PASIC (Austin-2008, Indianapolis-2011, San Antonio-2015).  His research team regularly presents their work at national and international conferences including the International Conference on Music Perception and Cognition (San Francisco-2016; Seoul-2014; Thessaloniki-2012; Seattle-2010), Society for Music Perception and Cognition (Nashville-2015;Toronto-2013; Rochester-2011; Indianapolis-2009), the Acoustical Society of America (Providence-2014; Paris-2008; Salt Lake City-2007); Vision Sciences Society (2013; 2007; 2005), Association for Psychological Science (2012-Chicago); and Acoustics Week in Canada (2015-Vancouver, 2015-Halifax; 2011-Québec City; 2009-Niagara-on-the-Lake).  Michael’s interdisciplinary training includes bachelor’s degrees in both Computer Science (BS) and Music Performance (BMA) from Penn State University as well as a MM in Music Performance and Music Technology from Northwestern, where he studied with marimba virtuoso Michael Burritt.  Michael also earned a MA and PhD in Experimental Psychology from the University of Virginia under the tutelage of Michael Kubovy. He has previously served on faculty for Music programs at the University of Toronto, Virginia Commonwealth University, and Longwood University, and as a Visiting Professor of Psychology at Ryerson University during his sabbatical in 2015-16. For more information, please visit www.michaelschutz.net.